“Casualty 14-18” is an installation that attempts to communicate a sense of the scale of the tragedy of warfare and violent death. This proposal is for an implementation of it to commemorate the centenary of the 16,000,000 deaths during the The First World War / The Great War 1914-1918.

The installation comprises two elements, a wooden pallet stacked with reams of white office paper, each ream wrapped in black plastic. Each ream has an inkjet-printed paper seal. The reams are stacked with the seal facing down. 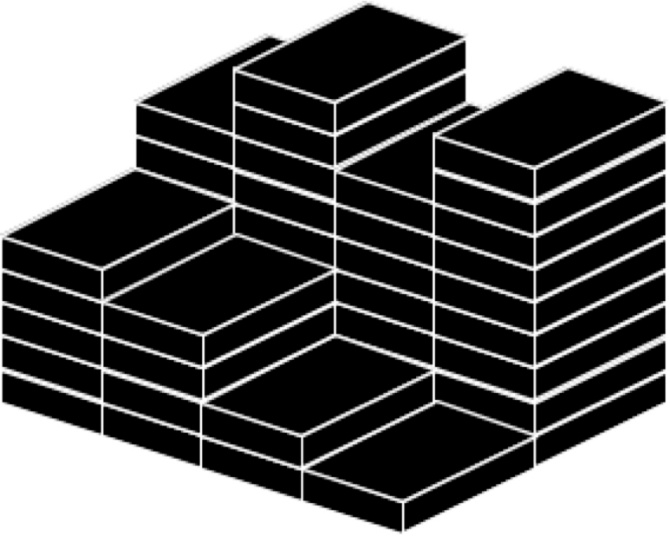 The second element is an office desk, chair and set of shelves. The shelves contain 100 white A4 four-ring office binders, each containing 50 transparent plastic pockets. Every pocket in the binders contains 2 inkjet-printed A4 sheets, back-to-back, of up to 340 humanoid figures representing individual casualties.

Some of the binders are full of apparently identical sheets, whereas some are full of similar graphics but with subtle or radical variations between the figures. Every figure is based upon the same source image, but some are coloured differently, tinted, cropped, translated, rotated etc.

Viewers are free to handle and look through the binders. There is no explanation as to the significance of the variations and there is no descriptive difference indicated on the covers of the binders. 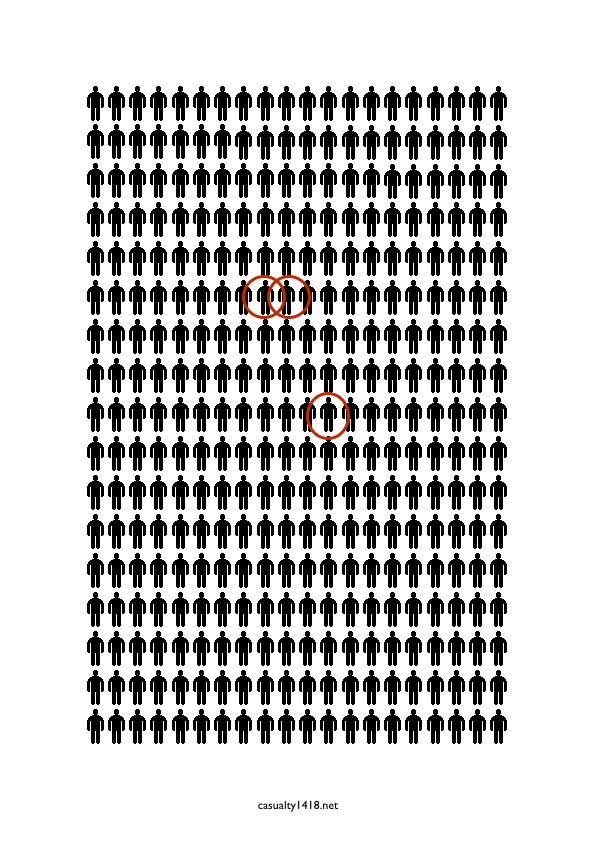 Each sheet of paper depicts up to 340 figures and each ream of 500 sheets can represent up to 170,000 deaths. The 16 million deaths of World War I is represented approximately by 94 reams of paper, if each sheet were to be printed.

The installation is scalable, and can be configured differently for different exhibition spaces and different conflicts.

There is no interpretation or statement provided with the installation, other than the title. The exhibition would require a production budget and artist’s fee.

This site uses Akismet to reduce spam. Learn how your comment data is processed.